Gaming is rife with abstraction.  Game balance demands it.  No matter how detailed a simulation is, everything gets reduced to metaphorical ones and zeros sooner or later, and that’s okay.  There something charming about games and their machinations, especially when we take them on their own terms.  All fantasy works better this way.  Elves and wizards are ridiculous otherwise, and where's the fun in that?  But not all abstractions are created equal, which leads us to this week's rant: so-called clerical spells...

Spells.  Wizards get 'em.  But then, that's the point, isn't it?  Through study and maybe a demonic pact or two, magicians work their way to power with quasi-scientific elegance, meaning specific formulas performed under almost laboratory conditions.  A gesture here, a magic word there and lightning bolts shoot from their fingertips.  Wow, there's something ambitious (and quite possibly selfish), about seeking out such personal power.

Clerics, on the other hand, are humble servants of their god(s).  Well, they may not be precisely humble; but they tow the line where it matters most and serve at the pleasure of the Powers That Be, who decide how, when, and definitely if they intervene.  Played by this paradigm, clerics are hobbled as a playable class because discrete spells are resources to be managed; and without them, their usefulness to a party wanes...

I mean, who wants to hire, much less play, Brother Otto if he's just a glorified fighter who has to pass on that +1 sword and has a razor-thin chance of performing some useful miracle should disaster strike?  No, it's better to say he has x-number of "spells" he can perform per game day and leave it to the player to use them wisely.  The gods deliver a formulaic and precise effect more or less by the numbers.  Just what the doctor ordered and just when they (and their friends) need it most.  How else can they reliably contribute to a party? 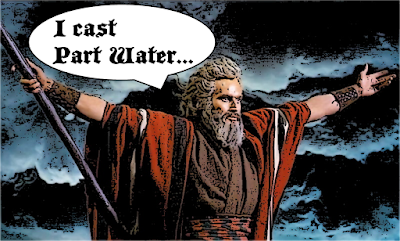 But is something lost when we succumb to this necessity?  The gods become cosmic bureaucrats rubber-stamping cookie-cutter interventions pretty much on demand.  Useful in practice, but also a missed opportunity.  So how do we engineer spontaneous miracles delivered at the pleasure of the gods while preserving some measure of predictability and resource management?  No easy answers here, but we offer the following:

Clerical spells are treated more like an appeal for a specific kind of aid.  Control Weather is basically a cry for help when the weather is bad or a certain type is called for in a given situation.  The DM (GM, referee) can then tailor the effect to the situation so it feels more like the spontaneous whims of a deity.  In other words, the chosen spell is just a guide.

This has been tried in various ways, and it works.  Different deities have different spheres of interest and specific powers they're willing (and able) to grant their servants.

Clerical spells aren't spells at all; they're sacraments, scriptures, or psalms.  Saying "Lord, thou hast dominion over all things" can be invoked to do anything from turning sticks to snakes to the aforementioned weather control.  This is a narrative justification; but the best parts of a campaign are narrative, and it's a worthwhile effort to incorporate them.* 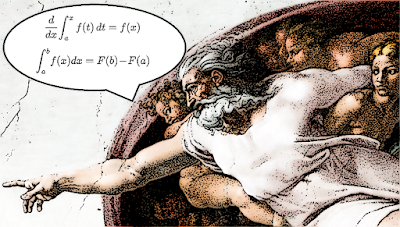 This is a lot of work, but usually worth it.  Ideally, clerics have a decent chance of working minor miracles and a slight chance of doing something dramatic, perhaps with a requirement that the priest tithe or make sacrifice afterwards.  I played a game once where the Powers dispatched servitors (a sort of guardian angel) to intervene within the limits of their ability and sphere of interest.  The possibilities are endless and, shall we say, divine...

Clerics and magicians are two sides of the same coin.  Magicians seek power through their own effort, imposing their will upon the universe.  Clerics submit to the gods and trust in them to deliver (or withhold) aid as they so desire.  The Judaeo-Christianity tradition is strongly opposed to magic in its many forms at least in part because it seems like an appropriation of power that rightly belongs to God.  Wizards have no such qualms and, depending on the setting involved, may be at odds with the Church and overzealous witch hunters!

Put another way, clerics have but one spell: Almighty __________, this, your servant, needs your aid!  Anything else is blasphemous and/or a distressing lack of faith!

If the rules were ever in need of tailoring, clerical "spells" are just one example why; but by incorporating some combination of the above, the servants of God (or the gods, however many there may be) become humble petitioners, and the miracles they invoke all the mightier (and wondrous) because of it.  This benefits the cleric, but also the true spell casters, who can better occupy their magical niche.  But story matters too, and a campaign benefits most of all because the gods, and their mortal servants, become divine.  Can I get an amen?

*Robyn and I suspect that this assumption underlies many campaigns, especially those with a quasi-medieval/Christian religion.  There's just so much to draw from here...
Posted by Olde House Rules at 3:02 PM

Stalers of the Elder Dark