The Visual Side of Pits & Perils

Despite having released a shiny new hardcover, Pits & Perils is ultimately about imaginative people making their own fun, and possibly the greatest thing we've accomplished is creating something that stays in the background of player-created action...

To that end, we just LOVE the player-created stuff that makes its way to us online or through correspondence.  In this spirit, we share the imaginings of +Sean Wills, writer of Crown of Qthuken and an early Pits & Perils fan in the United Kingdom.

The following appeared in his now-retired Vaults of Antiquity blog, replaced with the equally excellent Grumblefist Games site: 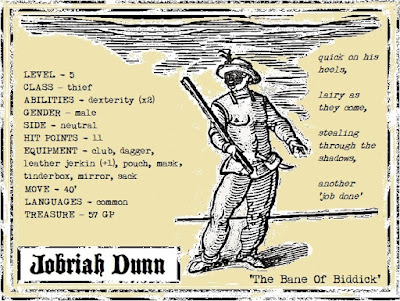 P&P can be remarkably visual, if only to convey that sense of an amateur production from the early 70s.  But some of what Sean's done here, like the above, is rather easy on the eyes! 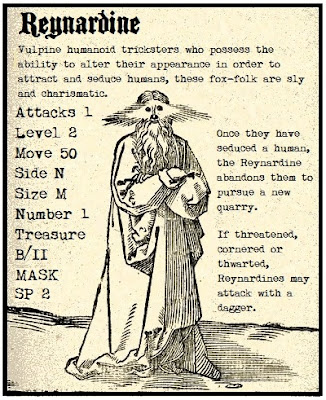 Characters aren't the only ones who enjoy this treatment, as the above demonstrates.  Not only is this a cool little monster ready to tackle an unsuspecting party, but it's also an illustration of how gaming can easily work as purely visual art.

This is only some of the awesome stuff out there, and we both delight in the creativity (visual and/or otherwise) on display from those playing the game.  Keep it up folks, and have fun doing so!
Posted by Olde House Rules at 5:11 PM